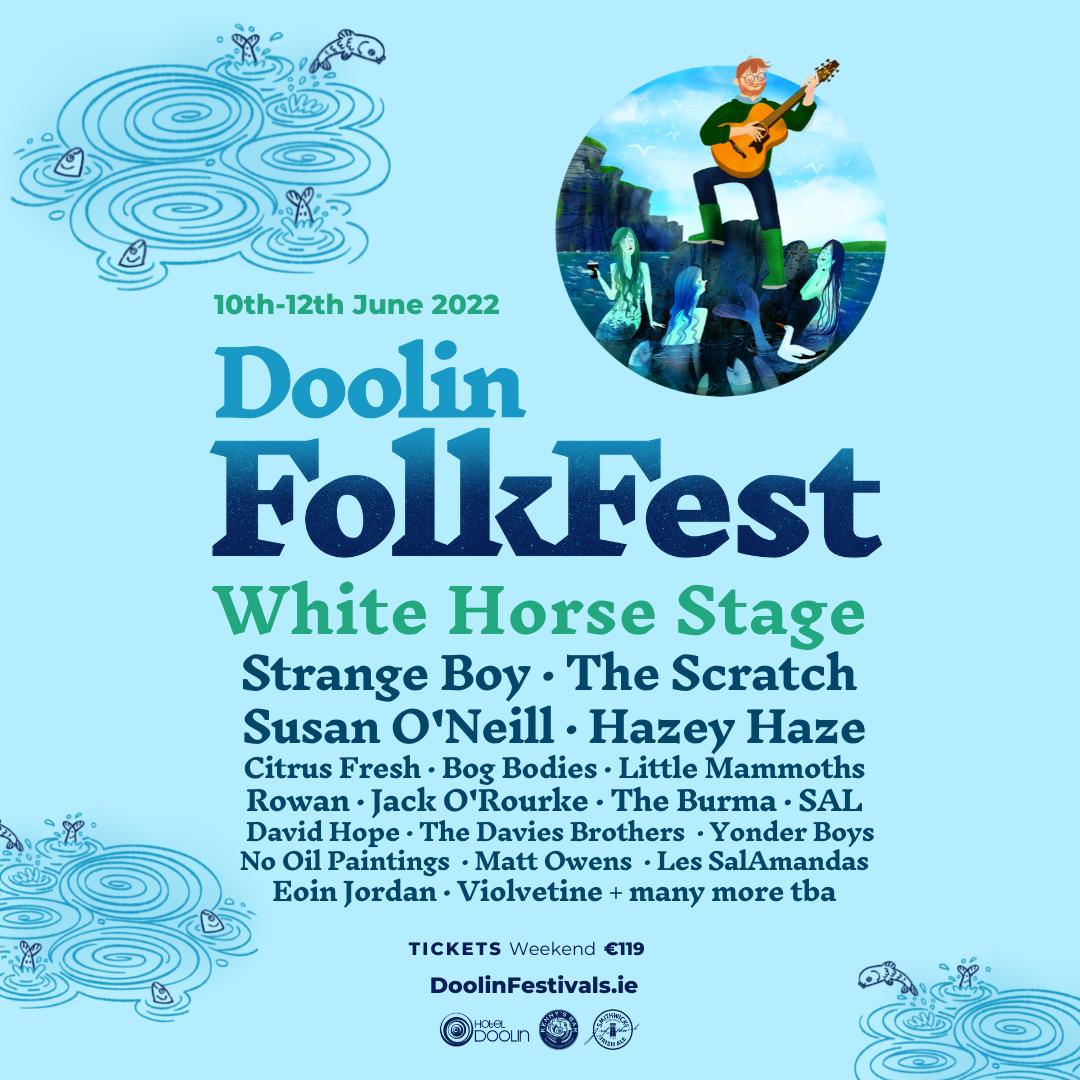 Over the years the Doolin Folk Festival has had it all, from Limerick rappers to Saharan Blues, from Clannad to King Kong Company, the festival takes the broadest definition of Folk Festival in that they believe that Folk Music is the music of the people, folk music needs to be able to touch our hearts, to capture the spirit of our times, to comment on what is wrong with the world. As Frank Harte says, ‘those in power write the history, those who suffer, write the songs.’

In this year’s programme, you will find something that will remedy the suffering and isolation of the past few years. Music is the glue that binds us together, and after a covid enforced hiatus of two years, the Doolin folkers are rearing to go and have put together another diverse line-up that the festival has become famous for.

Set in the Brigadoon-like atmosphere of Doolin, Co. Clare – between the Burren, the Cliffs of Moher and the Aran islands – this mid-June festival has become a highlight of the summer festival season. Taking inspiration from the great festivals of the 70’s and 80’s like Lisdoonvarna, Doolin is an intense musical journey. Tucked away in the magical atmosphere of West Clare, you’ll be whisked off on a musical journey through folk time, style and culture.